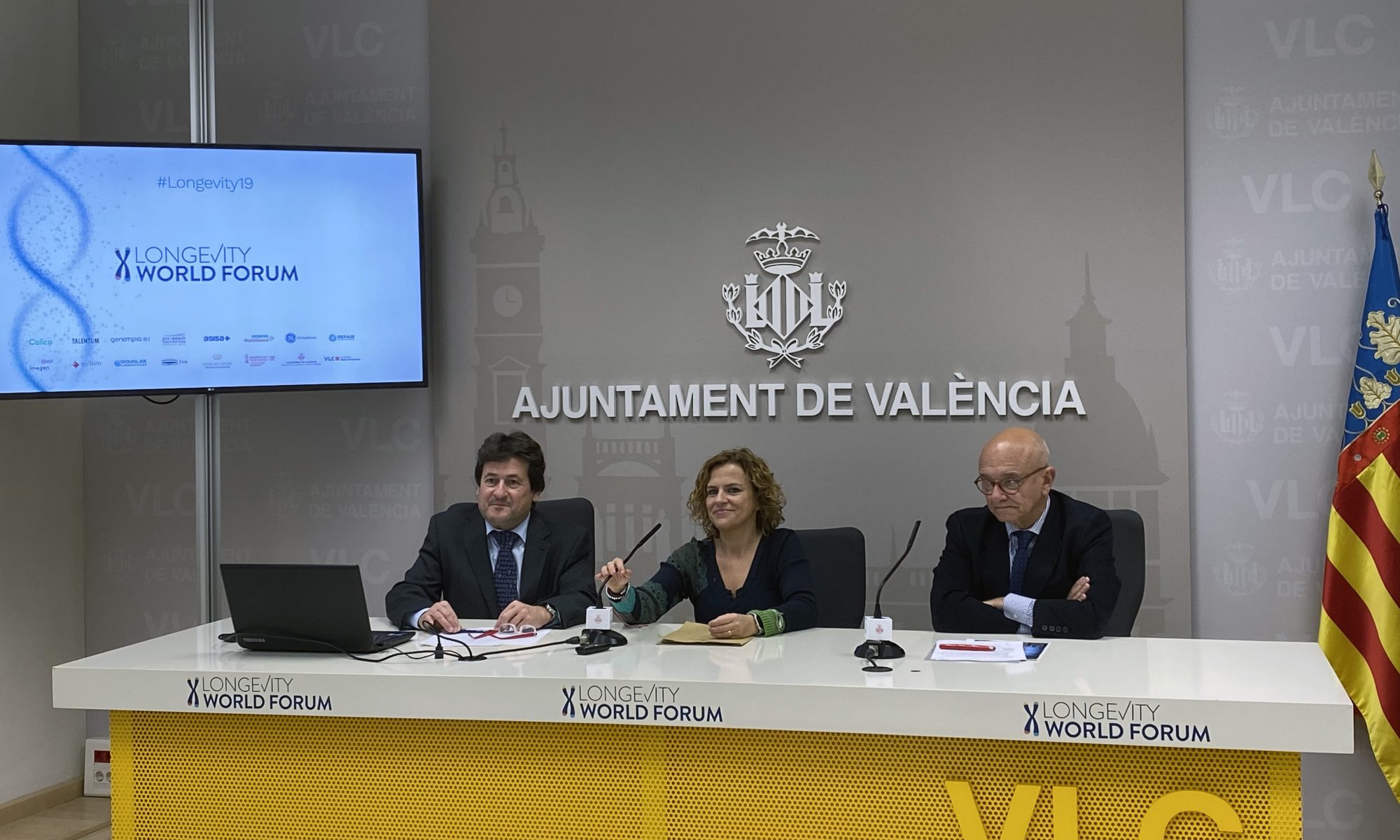 Valencia is consolidated as the world scientific capital of healthy aging

The organisers of the Longevity World Forum have decided that Valencia will be its venue for the second year running, thus consolidating the city as the world scientific capital of healthy aging. Leading international figures will be in the city on 13, 14 and 15 November to explain the scientific innovations currently being applied in the field of longevity and analyse the social and economic effects inherent to growing life expectancy.

Pilar Bernabé, deputy mayor of Valencia, emphasised at the press conference for the official presentation, held at the city hall, that a congress of these characteristics represents a great opportunity for the city. “We believe that we meet all the requirements to lead the way in this respect and that, as an institution that is close to citizens, we have direct responsibilities for the wellbeing of older people. Therefore, it is very important to consider the research for its subsequent application, as well as to promote social awareness with regard to healthy aging,” she concluded.

Indeed, Manuel Pérez Alonso, doctor of Genomics of the University of Valencia and representative of the organising committee, emphasised the social side of the Longevity World Forum. In his words: “It is not only a meeting for scientific professionals, but also serves to inform citizens of the new developments in this field of research. More and more breakthroughs predict that, in the near future, we will be able to curb aging.”

José Viña, doctor of Physiology of the University of Valencia and representative of the scientific committee, stated the need for a congress such as the Longevity World Forum, taking into account that “it is forecast that in barely four years we will be the longest-living society in the world.” He also emphasised the quality of the speakers participating in this second edition of the event. “It is a unique occasion to approach great scientists who work in international benchmarking research groups,” he explained.

The most authoritative voices on longevity

The participants at the Longevity World Forum will include María Blasco, director of the Spanish National Cancer Research Centre (CNIO), whose team has recently managed to increase longevity without genetic intervention on mouse models born with longer than usual telomeres, and Manuel Collado, head of the cancer and aging stem cell laboratory at the Health Research Institute of Santiago (IDIS), who has recently discovered that an active ingredient extracted from Digitalis or foxglove is able to selectively eliminate senescent cells.

Also present will be Pura Muñoz, researcher of the Spanish National Centre for Cardiovascular Research (CNIC), who has this year received the Jaume I Prize for Medical Research for her contributions on the molecular mechanisms of aging, and Manuel Serrano, a doctor and professor who is currently working on the ICREA programme of the Institute for Research in Biomedicine of Barcelona (IRB Barcelona) leading research into senescence and cellular plasticity.

On an international level, participants include leading figures such as Rafael de Cabo, chief of the Translational Gerontology Branch of the National Institute on Aging in Baltimore (USA); Maria Entraigues Abramson, Global Outreach Coordinator of SENS Research Foundation (USA); Mirka Uhlirova, of Excellent in Aging Research (CECAD) of the University of Cologne (Germany);  Bruno Vellas, doctor of the Aging Unit of the Gerontopole at the University Hospital of Toulouse (France); and Álvaro Pascual-Leone, professor of Neurology at the Harvard Medical School (USA); among others. Furthermore, attendees will hear the testimony of Liz Parrish, the “patient zero” of the first successful gene therapy against aging.

Healthy aging is an issue that increasingly interests companies. Poof of this is the continuing growth in the number of international organisations that work in this line. The Longevity World Forum already benefits from the involvement of some of the strongest, such as Calico, the biotechnology firm of Google, General Electric Healthcare, the medical solutions division of the multinational company, and Siemens Healthineers, a group of medical technology companies. All in all, Spain is becoming the world forum par excellence on healthy aging.